Going to try to do some updates here, as opposed to Facebook.  I’m a bit limited by mobile options, but will see what I can do!  For now, all the photos for the post will appear in a gallery down at the bottom.  Working on the integration part, and any suggestions as to post layouts you prefer are welcomed!

Stayed at Poverty Point Reservoir State Park last night.  Quite peaceful, but I was definitely the odd one out!  Everyone there seemed to have extra-large 5th-wheels – I’m guessing that, because it was on a reservoir, the majority of the guests were there to enjoying the fishing opportunities.  First thing I noticed upon exiting the RV was that something had managed to gain entry into the heavy-lidded rubbish bins during the evening.  Those lids weighed a ton!  While walking the puppy, I noticed warnings about black bears in the area, so I’m guessing that’s what enjoyed picking through for a late supper!

I packed up, and we headed out for Poverty Point National National Monument.  This place is also a World Heritage Site, and run by the state of Louisiana as a State Historic Site.  Lots of titles!  It was waaaaay out there, and it was just me and another couple on the tour trolley.

Perfect weather for touring this type of site, and our interpretive ranger, Eric, had plenty of interesting information to share.  The couple had also spent the night at the Reservoir – unplanned, like me, and had, also like me, decided to visit this site on a bit of a whim.  So incredibly glad I decided to detour!  They are on their way to Big Bend, and let me know that the temperatures have been in the high 90s and available campsites are dwindling.  I’ll need to start doing some forward planning as soon as I get a better idea of where and when I’m going to be.

Took a slightly different route back to the Interstate, and came across a “rough road” sign.  I’d thought the road I’d been travelling on was rough, but I had no idea!!  Glad for the warning so I could slow down further, and glad that the “rough” patch was only a couple of miles long!  Filled up the tank, again – thankful for the low petrol prices right now – then headed back towards Mississippi.  I wanted to follow the Great River Road for a bit longer, and that’s on the east side of the river.

Heading north from Vicksburg, my first stop was at The Onward Store, birthplace of the Teddy Bear.  Apparently Theodore Roosevelt was hunting in the area and refused to shoot a bear cub.  Cartoonists of the time had a field day with the story, and the Teddy Bear was born.  The store itself was quite genuinely rustic, and the lunch crowd looked to be mostly locals (always a good sign).  Judging by the parking situation, I’d say a lot of truckers on this route stop in for a quick bite.  Hunters were also plentiful.  My lunch was a delicious Fried Green Tomato BLT (and a bottle of water to keep things a tad healthier).

Heading north again, I drove through Rolling Fork, the birthplace of Muddy Waters and a stop on the Blues Highway.  I kept trucking, though, as I wanted to get to Leland before the Jim Henson Boyhood Home museum closed.  Couldn’t pass up a chance to see the Birthplace of the Frog!  It’s a small-ish place, but filled to the brim with muppets memorabilia!  The curator was lovely to chat with, and even invited the puppy inside for a picture with Kermit.  He wasn’t into it at all, but we tried!  As a bonus, there was a National Parks Passport stamp inside – the site wasn’t listed in my big ol’ Explorer Edition of the Passport, so I’ll need to get onto the Stamp Club’s website (yup, there is such a thing, and yup, I’ve joined!) to see if I’m missing any other stamp stops.

Checking the map, I decided that I could make Arkansas for the evening.  There’s a state park just across the border that, when I called, said they had some sites left.  The drive was lovely, and I may venture along part of the levee road in the morning! 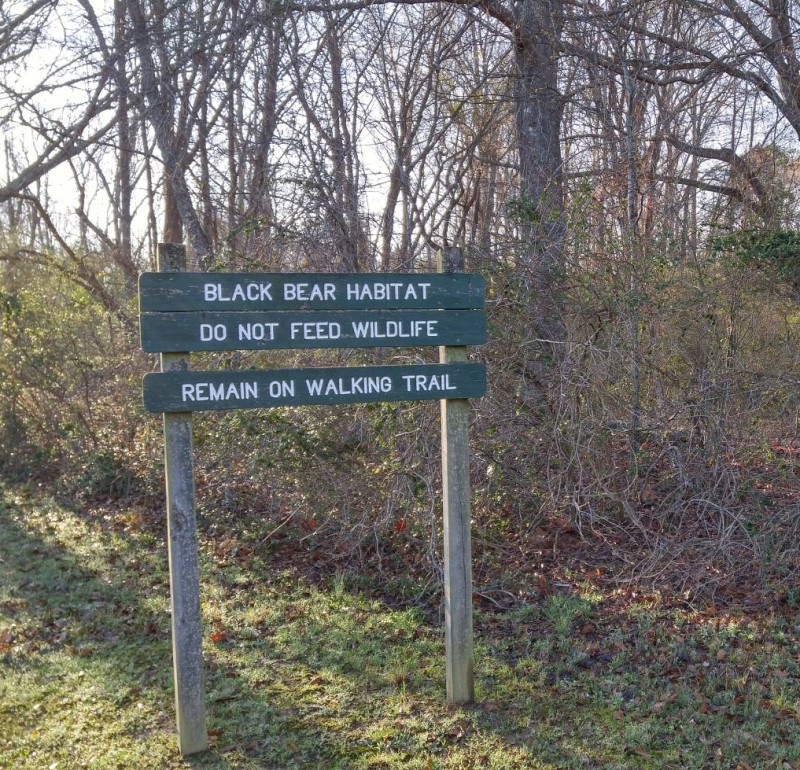 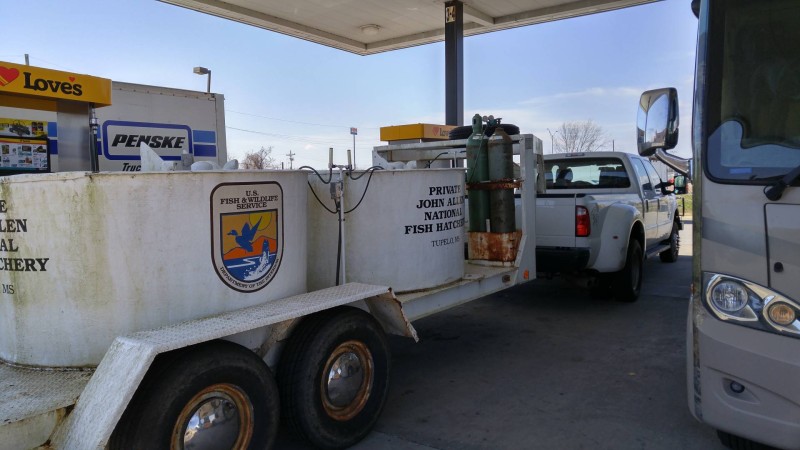 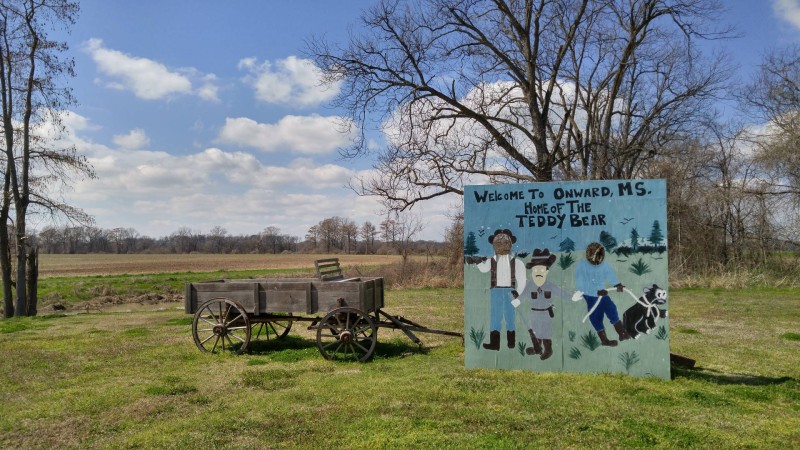 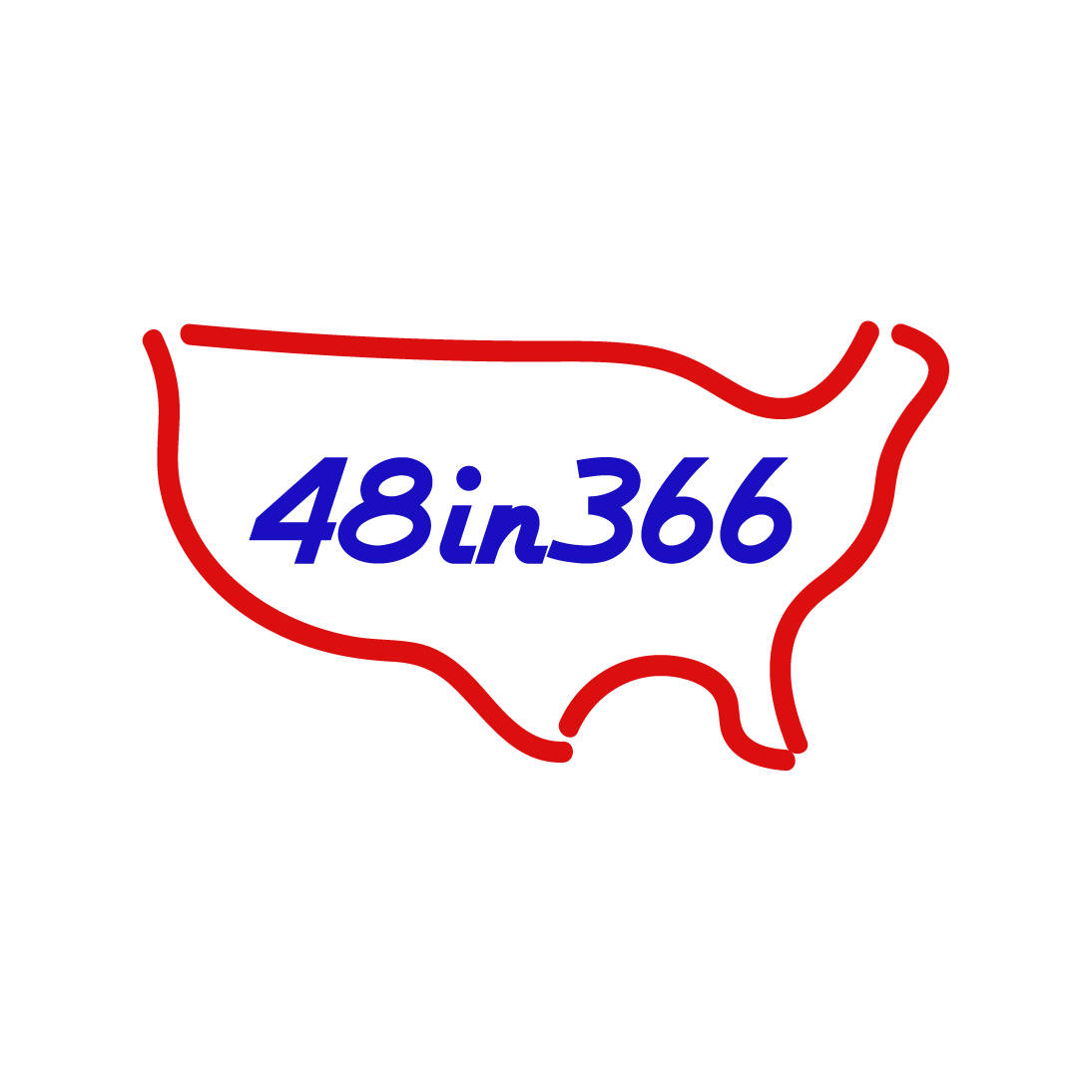