So very sorry about the lack of updates here! I’ve been posting more on Facebook, but I know that site isn’t everyone’s cup of tea! I will be updating this site extensively as soon as I have decent access to power.

I am currently on the road, having left Florida on the 19th of February. I spent the weekend at my brother’s place in Alabama, then spent the night closer to Montgomery on Monday the 22nd. The storms that rolled through (and all the tornado predictions) had me hunkered down at my brother’s again on Tuesday night, and the high winds on Wednesday delayed my departure yet again. I made it up through Birmingham eventually, though, and spent the night outside Tupelo, Mississippi, at Tombigbee State Park. Thursday was spent touring Tupelo and driving down to Hattiesburg. Friday was spent perusing Pascagoula and the Gulf Coast, ending up at Buccaneer State Park for the night. I dilly-dallied a bit Saturday morning, introducing the puppy to the Gulf of Mexico, and will be in Louisiana for the next couple of days.

I was trying to make my way up to Hot Springs National Park for Monday (the 29th – Bonus Day!), which would have had me averaging one park per month for the year. That’s the reason for the lack of updates…drive, drive, drive! I gave up on that idea after hitting the Gulf Coast. It is way too friendly around here to race through town! Slowing down will give me a chance to catch up on all the updates. I knew things were going to be a bit tough to start with, since I had such a delayed departure date, but I will make it up along the route instead of all at the beginning.

Thanks for stopping by and let me know if you have any suggestions on where I should stop/eat/explore!!

Super quick turnaround at Camping World!  The RV is back at the shop, and we will be wrapping it this weekend.  Here are the current layouts I’m playing with… 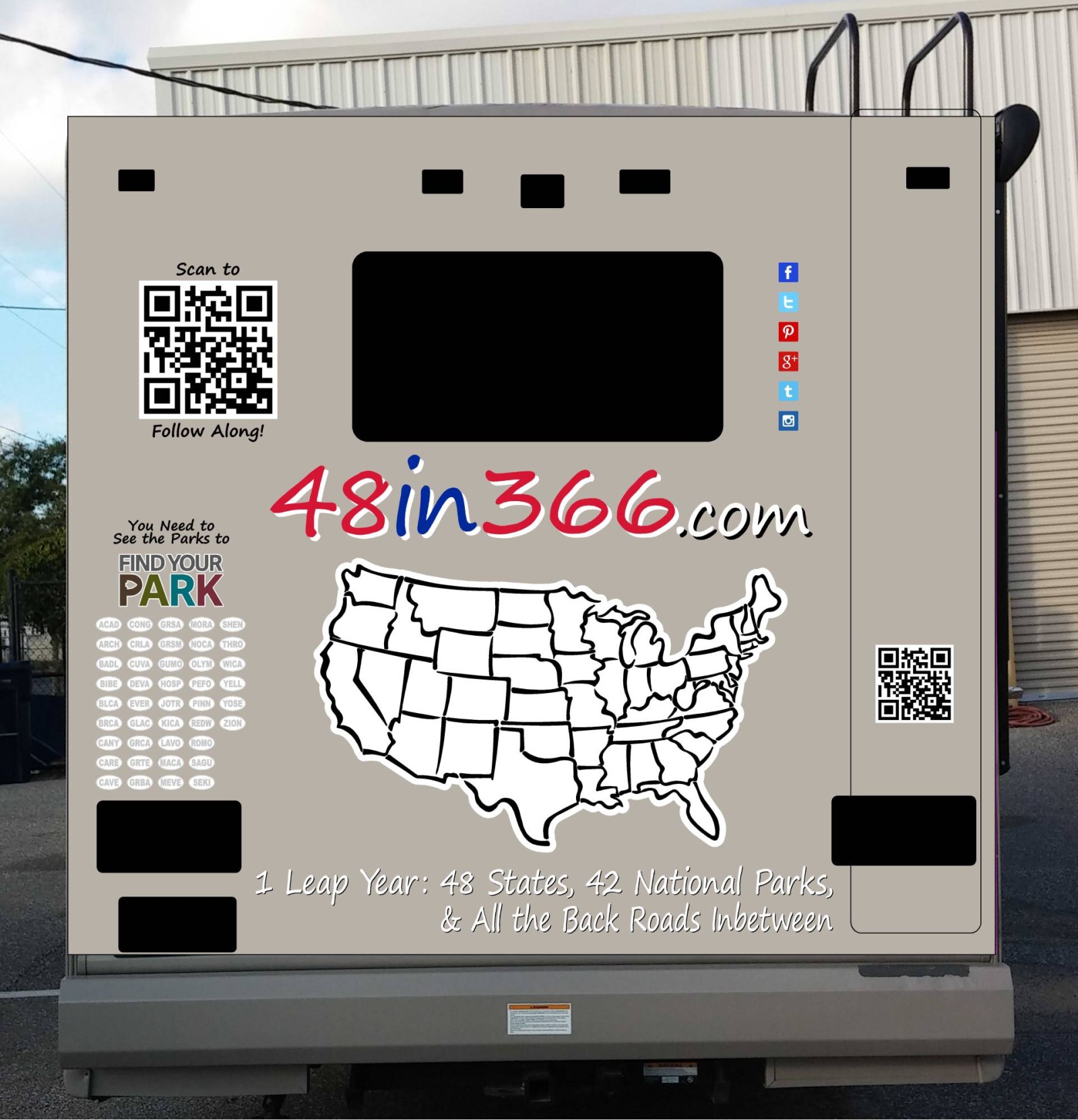 All the maps will be “fill-in-as-I-go” style.  I love the glitch that is making Nevada look hot pink in the top proof, but it will not be that colour in the end!

The other weekend project is converting the bathroom sink alcove into a washer/dryer alcove.  It’s tough to get any good pictures due to tight constraints inside the RV, but I will do my best to document the process.  The potential for adding a washer/dryer was one of the main reasons I went with this particular model.

Dropped off the RV to Camping World Tampa yesterday afternoon. All of the parts have arrived. They are trying to turn me around as fast as they can, so keep an eye out for another update very soon (I hope)!

Alrighty then, we have some forward motion!

The parts should arrive at Camping World by the weekend.  They’ll be slotting me in ASAP for the work, which hopefully means early next week.

The delay has had a bit of a side-effect: 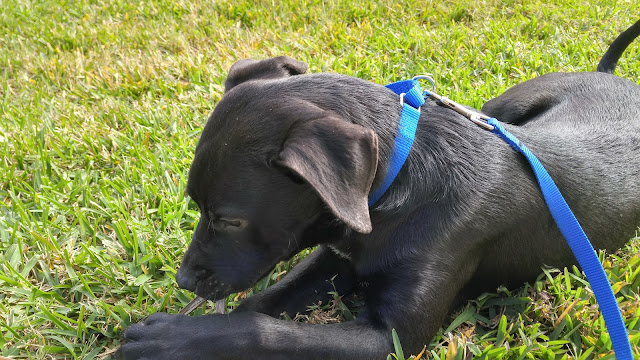 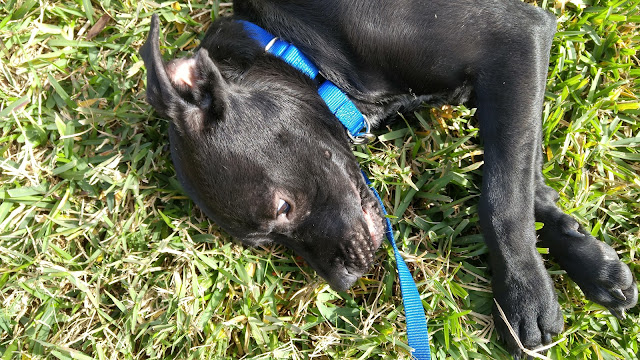 Not very experienced, but he’ll get there!  About 6 months – lab mix rescue from Humane Society of Tampa Bay.  He was a stray, so no background info…progressing nicely with house-training and walking on-leash.  Having some separation issues, but we’re working on that