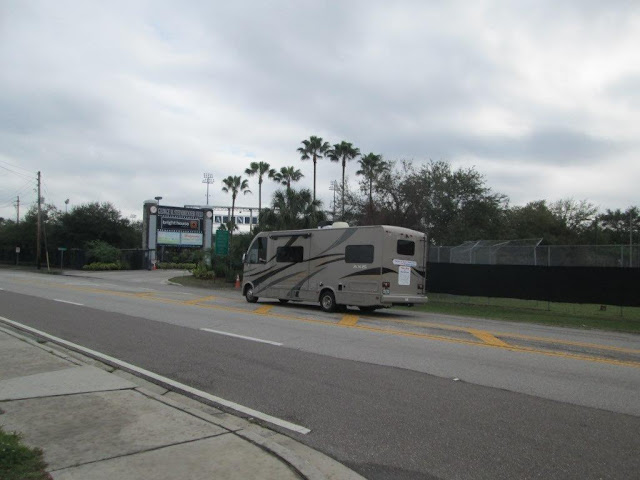 Off to the Everglades!  While waiting for word on the status of the slide-out repair, I decided to check the Everglades off the list. 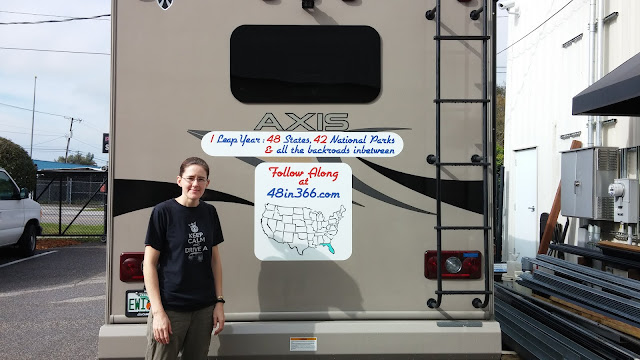 Started off the morning by filling up the fresh water tank (after flushing it out with bleach yesterday), and putting two temporary decals on the back of the RV.  I’ll be wrapping the entire thing once the repairs are finished on the slide-out.  Not sure how much damage would be done to the wrap if we installed it now.  Many thanks to the guys at the shop for the quick print/lam/install! 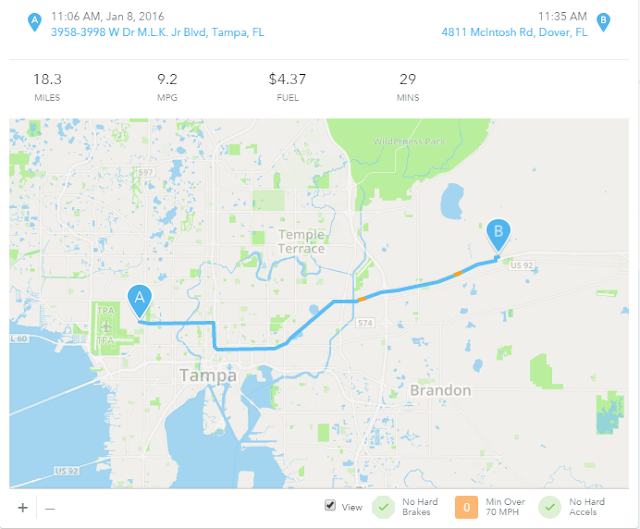 11:06, and I’m off!  First stop, Camping World of Tampa.  Wanted to drop off some Dunkin Donuts and Cuties (gotta have a healthy alternative) to thank the service reps and techs for their help getting me this far.  January is a super busy time for the RV industry down in Florida, and they managed to get the warranty check-up, some simple fixes, and a house battery swap done in record time.  Also needed to fill up the LP Gas tank, as I don’t know how much I’ll be using on the trip.  Apparently, if you are a Good Sam member, and visit one of their stores on Tuesday or Wednesday, you get a discount on propane.  Will keep that in mind for future fill ups. 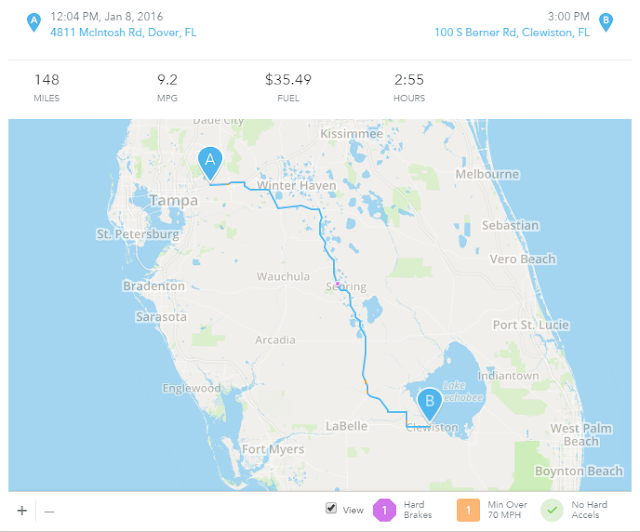 Knowing that I needed to make some time, I headed east on I-4 to the Polk Parkway exit.  From there, I started down the centre of the state on US 27 – through Frostproof, Avon Park, Sebring, and Lake Placid.  After collecting more lovebugs than I care to think about, I stopped at the Dunkin Donuts in Clewiston for a bit of a break.  I’m finding that Starbucks are hard to come by on the backroads, and may need to find a new go-to decaf coffee place!  Felt oddly out of place here – all the customers were chatting away in French.  Guessed that this is a popular location for Quebecois snowbirds, and confirmed this as I drove off, and, around the next bend, was greeted by an enormous Canadian flag!

Also around the bend was Lake Okeechobee.  From prior experiences, I knew what to expect, but the view from the road was still disappointing! 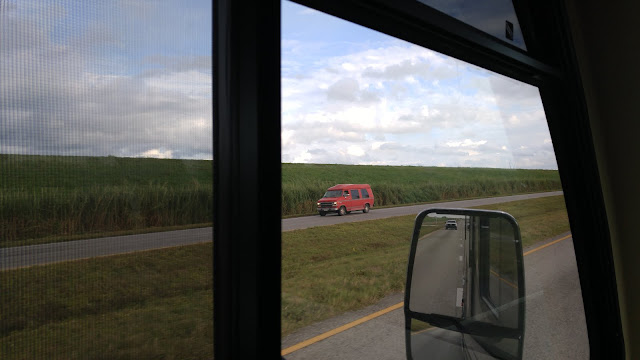 Yup, just a big ol’ berm the whole way around.  There are a number of stops/parks where you can pull off and climb to the top, but I needed to push on.  I was trying to hit the campground before dark.

After enjoying two lanes of essentially open road for about 200 miles, hitting Miami traffic at rush hour was a bit jarring.  I thought it would be a good idea to skirt around the west side of town on Krome Ave.  Construction proved me wrong.  Managed to inch my way down towards the park, stopping for petrol along the way.  Wasn’t in dire need, but, not knowing how much driving or generator use I’d be doing once inside the Everglades, I decided to err on the side of caution.  It was also at this point, when I realised how quickly it would be getting dark, that I began to consider staying at the Cracker Barrel in Florida City (close to the entrance road into the park).  I had reservations, but for the Flamingo campground a lot further down, and I didn’t want to miss all the scenery on the way.  After breaking through the worst of the traffic, my GPS was telling me that I could make it into the park right around sunset.  It was right, although the view was a bit splattered! 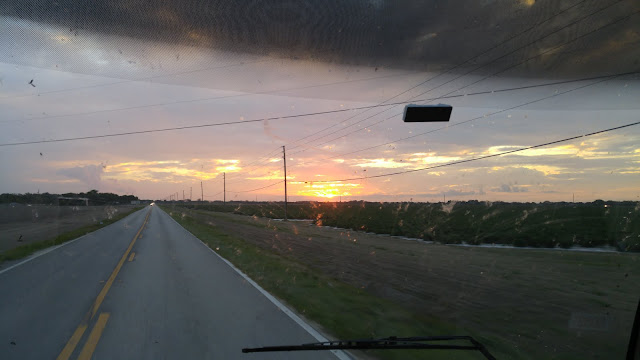 I opted to push on, and stopped at the Long Pine Key Campground closer to the entrance.  I pulled in just as the ranger was closing up for the night.  He told me to go ahead and pick any site that wasn’t occupied.  I would be able to switch out my reservation at no charge the next morning.  Great to hear!

I circled around once, and chose a spot close to the lake.  This was the view behind the site during the final moments of daylight.  “Long Pine” is a good name! 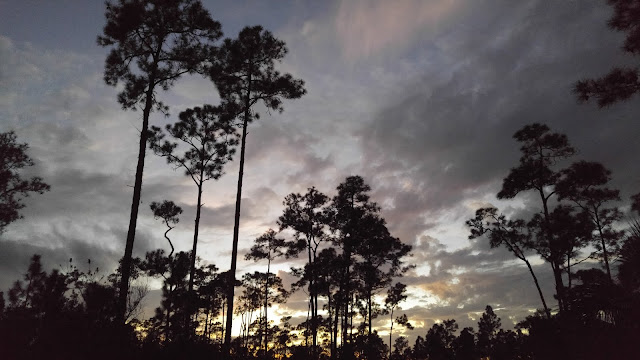 Setting up didn’t take long, as there are no hookups at this campground.  The site was level enough, and I quickly retreated after taking the picture above due to the swarming mosquitoes.  Certainly an indication of things to come!